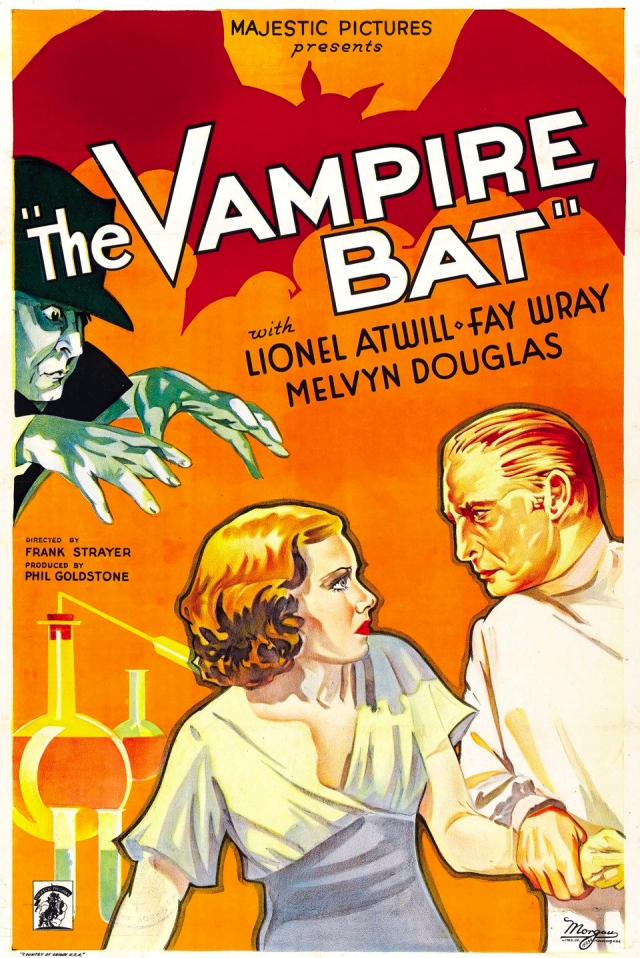 You will recognize Bela Lugosi from Dracula and several other films. Lionel Atwill appeared in many horror movies in the 1930s. Melvyn Douglas typically played comic roles as a leading man, as he did in Ninotchka. This movie is a little silly, but I love it. This film is in the public domain, so you can watch it for free right here, or on YouTube. The quality of the film is not very clear because it was not preserved well, but it’s still worth watching! Turn off the lights to make it more spooky 🙂

The story: the city of Kleinschloss is infected with a dark scourge from the past. A Legion of bloodsucking creatures who can assume human form have returned to prey upon the unsuspecting citizens. Detective Karl Brettschneider begins investigating numerous gory deaths at the request of the burgomaster. Despite the obvious evidence, he refuses to accept the existence of the bats, but soon their existence proves all too real.

Mary Fletcher Jones is a mom, teacher, and blogger. Her blogs include Autumn in Virginia, Cool Yule Blog and You Can't Make This Stuff Up, among others. She is also the creator of "Living Well With Autism," an online resource for caregivers of children, teens, and adults with autism and related special needs.
View all posts by Mary Fletcher Jones →
This entry was posted in Frightful Films and tagged Bela Lugosi, Melvyn Douglas. Bookmark the permalink.